Looking into the Future of TV

I’m an old guy so take it from me, I’ve been around pretty much from the beginning when TV was first introduced to the public. Too young to actually remember buying our first TV it was always there. In fact the first TV I remember buying was a black and white portable. Rabbit ears, we called them which were two antennas coming out of the back, needed to be fiddled with to get a less then perfect picture. Often a little snow was just part of the picture because we were just to lazy to fiddle with it. We had three channels then and at least two always came in pretty clear. We’ve come a long way in the last sixty years to say the least. If you read the history of TV in the previous article it’s hard to imagine TV was a theory just a few years after the Civil War but it took years for it to finally hit the market place. Things like World War I, the depression and World War II tended to hold the technology back somewhat. I find it fascinating at the speed our technology is beginning to escalate. The Internet will be a tremendous catalyst for future television programming. Looking into the Future of TV, what will the future bring us? Let’s ask the experts.

Netflix a company which has certainly come a long way. They started in 1997 with a subscription service where you could rent a couple of movies at a time. They would send the movies to you via CD. You could keep them as long as you wanted but couldn’t order more movies until you returned your old ones. Their next step was their online version. For on fee you can watch as much as you want on your TV or mobile device. In the Future Netflix is predicting to know exactly what you want to watch way before you do. No more spending hours trying to decide, you’ll just be able to sit back and be entertained. The technology is currently being worked on and constantly fine tuned. If you’ve watched you’ve probably noticed they already ask you to rate the move you’ve just watch. This is just a prototype into the future which will be fine tuned to the point that you’ll be satisfied with the next choice of only a couple of shows offered. Currently Netflix is putting a lot of development into this technology and expect it to be certainly cutting edge.

If your not happy with the choices you’ll be able to access over 48 Million other channels. Most of them specializing in dedicated themes. This is already being done to an extent with the introduction of CNN’s all news and Nickelodeon’s Kids channel. Hundreds of other niche shows will become the norm and available whenever you would like.

Wendy and Ronald will probably have to find another way to advertise their hamburgers soon because commercial advertising on TV is on it’s way out. That is almost a certainty. With so much content available viewership as it is will certainly be diluted and advertisers won’t get the bang for their buck any longer. The good news is that something will need to replace it. One possibility is that the same technology that reads the customers desires to deliver programming that they want will also be able to deliver commercial messages in some form the same way. This is already happening on the internet on many websites.

Live Sports is an option but certainly a challenge. Pay per view boxing is the current new option but advertising sponsored programs brings free sports entertainment to the masses. Most sports fans would prefer to sit through a few commercials then pay $50 to watch the game from home. Netflix may have something up it’s sleeve but that option is under careful guard.

Technology grows at an unpredictable pace. Many new TV technologies are being introduced and many more are in production, Round and Round she goes, where she stops nobody knows. Who will be the next innovator and what will that innovation be. Three D technology was introduced a couple of years ago but never took off. Virtual Reality is just entering the market. Look how far we’ve come in the last 25 years and how fast the technology is now escalating. It’s exciting to imagine what the future may bring. 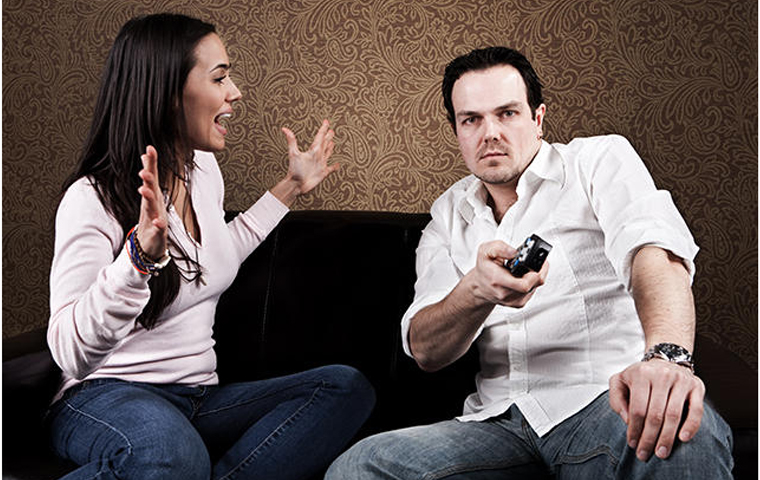